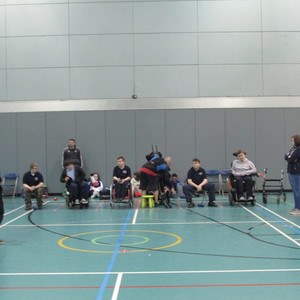 As a result of us being Dorset Champions we travelled to Exeter for the South West England Finals with the winners going to Sheffield for the National Finals. We worked extremely hard all day and produced some fantastic play and in the end we lost our final match by one point and if we had won that we would have been South West Champions. By competing at this level to the very end is a testament of the focus, commitment and skill levels of our pupils and they should be thoroughly proud. Well done Ryan, Regan and Sophie.

The FA comes to Victoria