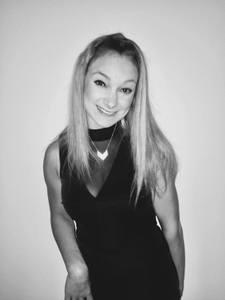 After leaving VEC in 2005, Kate attended Ferndown Sixth Form where she achieved three A-Levels in Art, Photography and Fashion, and completed an Art foundation course. During this time, she became Ferndown Carnival Queen and participated in the ‘Disneyland Paris Queen of Queens Beauty Pageant, where she achieved the runner-up position.

She then studied for a degree in Fashion Photography, but after two years decided that she wanted to pursue her passion for Fashion Styling. In 2011, she enrolled at the London College of Style Institute where she was awarded a Foundation in Fashion Styling. This led directly into Kate working as a Celebrity Fashion Stylist. She has dressed clients for an amalgam of high profile red carpet events including The Cosmopolitan Awards, Woman of the Year and The Pride of Britain Awards.

More recently, Kate has been working as a Fashion and Beauty Journalist, contributing to a range of websites and blogs as well as national and worldwide fashion publications.

In the summer of 2017, Kate achieved a First Class Honours Degree in Fashion Journalism at Southampton Solent University. She hopes to work as a Fashion Editor in London.

Kate has also completed a skydive, raising over £600 for Victoria Education Centre. She has also recently taken up boxing, and hopes to achieve positive and inspirational outcomes, proving that despite physical challenges, anything is possible. Kate is keen for boxing to become a Paralympic sport and hopes to spearhead the campaign for this. A documentary chronicling Kate’s boxing journey will be coming out soon. Watch this space!